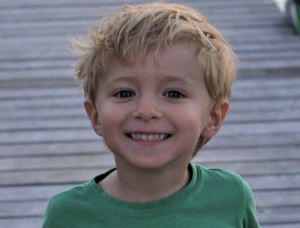 Julian Eaton Golden was born on March 12, 2007. For almost 4 years, he was perfectly healthy. Literally, perfect. He never had antibiotics. He rarely even got a cold.

But in early February 2011, he developed a cough that he just couldn’t shake. Then, his parents noticed he was getting a lot of bruises, and they weren’t going away.

His parents took him to the doctor on February 16, 2011. Later that day, he was diagnosed with Childhood Acute Lymphoblastic Leukemia (ALL) and admitted into Children’s Hospital in Minneapolis. He had surgery and his first dose of chemo on Thursday, February 17.

For 15 days, the chemo did what it was supposed to do: it reduced the leukemia cells (“blasts”) in his bloodstream from 34% to 2%. But also killed off the white blood cells that would normally enable his body to fight infections.

On Thursday March 3, 2011, he developed a fatal infection and lost his brief but brave battle with Leukemia.